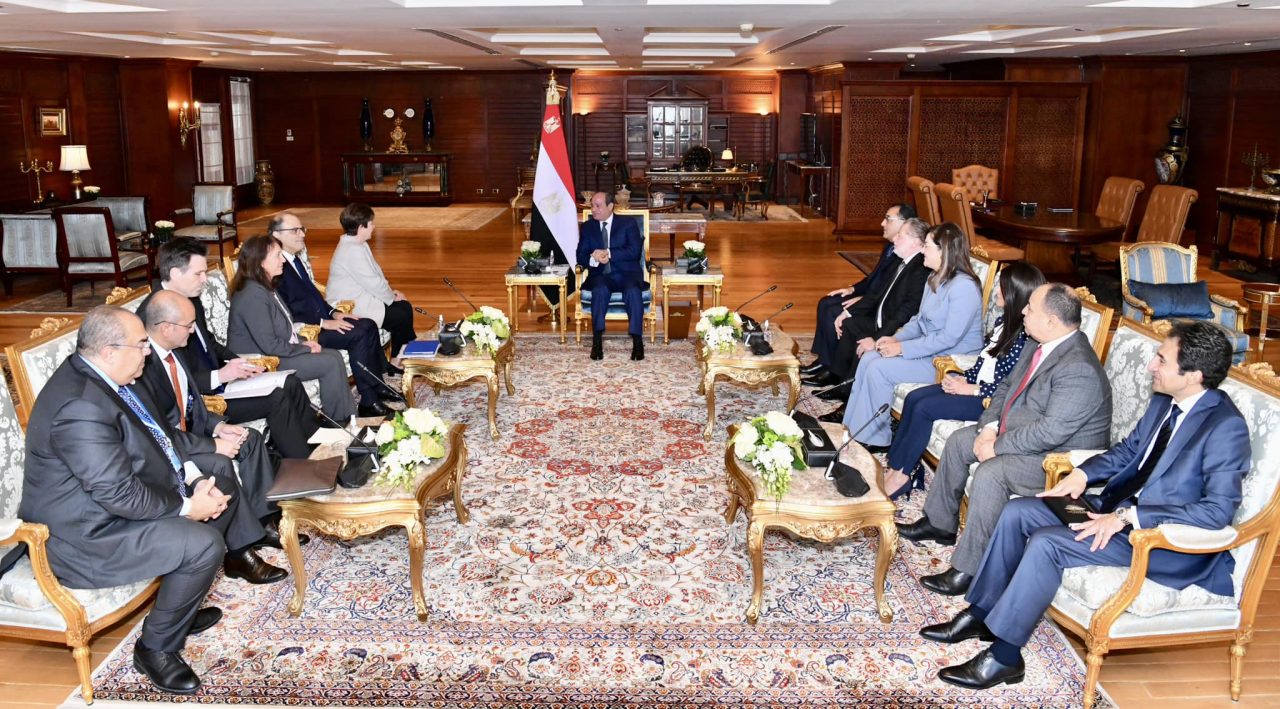 Egyptian President Abdel Fattah Al-Sissi on Sunday received Kristalina Georgieva, Managing Director of the International Monetary Fund (IMF), and her accompanying delegation, in the presence of Prime Minister Mostafa Madbouly, the Governor of the Central Bank and Ministers of Economic planning and development, international cooperation and finance.

The meeting was part of Kristalina’s visit to Egypt to participate in the UN Climate Summit COP27 in Sharm el-Sheikh.

In a statement, official spokesperson for the presidency Bassam Rady said the meeting focused on reviewing aspects of Egypt’s partnership with the IMF, particularly in light of the recently concluded cooperation agreement between the two parties to complete Egypt’s economic reform. treat.

During the meeting, the President expressed his appreciation for Kristalina’s contributions in the fruitful partnership and constructive cooperation between the Egyptian government and the IMF to implement the comprehensive economic reform program, given this that this partnership represents to create a positive climate for promising investments. opportunities in Egypt and his thoughts on supporting the Egyptian economy.

Al-Sisi also stressed the state’s willingness to complete the process of economic and structural reform related to fiscal and monetary policies, as well as to maximize the role of the private sector.

In addition, the spokesperson explained that Kristalina stressed that the IMF will continue its distinguished relations of cooperation and partnership with Egypt to support its “economic reform process”, especially in light of what the press release describes. such as the stability of the performance of the Egyptian economy over the past period and its ability to withstand and absorb the negative repercussions and shocks resulting from the COVID-19 crisis and the current global economic crisis resulting from the Russian- Ukrainian, which have deeply affected the economies of emerging countries.

For her part, the Managing Director of the IMF praised Egypt’s success in coping with these repercussions and the successive changes in global monetary policy and containing their effects, which has preserved the safe course of the Egyptian economy. , according to the press release.