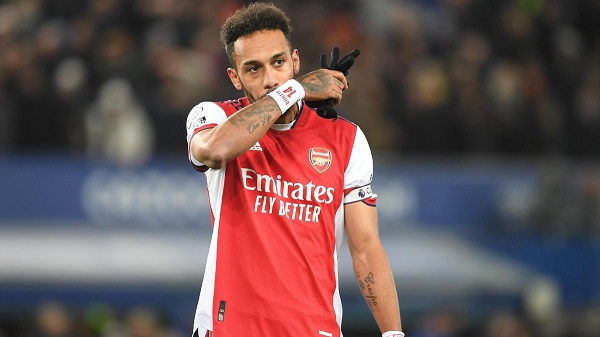 Pierre-Emerick Aubameyang has agreed with Barcelona on a loan deal until the end of the season, according to reports.

However, the deal will only go through if Ousmane Dembele – who is out of contract this summer – leaves the club before the January window closes.

Meanwhile, Aubameyang has fallen out of favor under Mikel Arteta after a disciplinary foul led to him being stripped of the captain’s armband.

Consequently, Arsenal are eager to get their £350,000-a-week wages off their books before the January transfer window closes.

According to Spanish journalist Gerard Romero, Aubameyang has agreed in principle to sign for Barcelona on loan.

However, Aubameyang’s transfer is on the line as Barcelona will only go ahead with the deal if the Borussia Dortmund striker’s former teammate Dembele leaves.

“Barça have a closed financial agreement with the player, until June on loan. Conditions that could allow your arrival. Arsenal need the footballer to leave.

Dembele has publicly clashed with Barcelona – issuing a statement accusing them of trying to blackmail him into signing a new contract.

Dembele released the statement after Barcelona director of football Mateu Alemany said the player should leave the club ‘as soon as possible’ following a breakdown in contract talks.

As things stand, Dembele has just six months left on his current deal and could be set for a last-minute transfer deal.

Should that happen, Aubameyang will look to regain his form at Barca – having scored 233 goals in 376 games over the past 10 seasons for Borussia Dortmund and Arsenal.