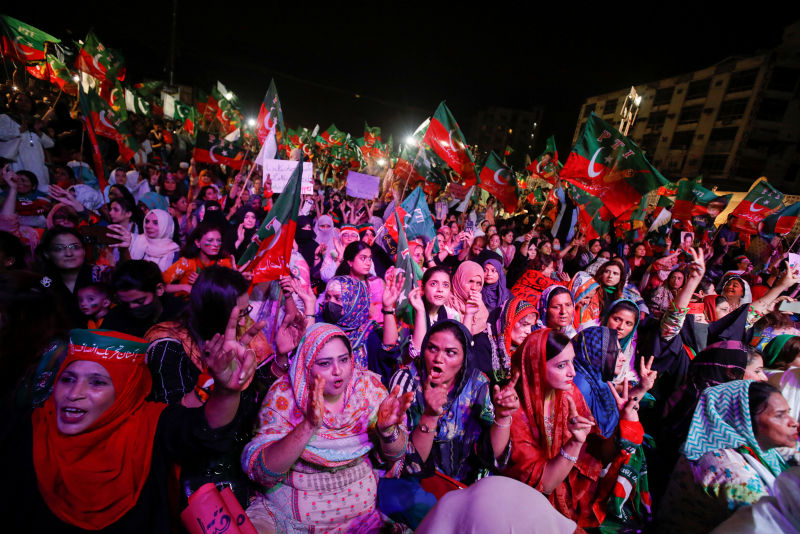 Pakistan has signed an agreement to secure a $2.3 billion loan from China as progress continues on reviving a International Monetary Fund (IMF) rescue program.

The Chinese consortium of banks signed the 15 billion yuan loan facility agreement after it was signed by Pakistan, Finance Minister Miftah Ismail said.

“The influx is expected within a few days. We thank the Chinese government for facilitating this transaction,” Ismail wrote on Twitter.

Meanwhile, Islamabad expects the IMF to increase the size and duration of its $6 billion facility over 39 months.

The economy on the brink of crisis

The statements come as Pakistan’s economy is on the brink of a financial crisis, with foreign exchange reserves rapidly depleting and the rupee at record highs against the US dollar amid uncertainty surrounding the IMF program. .

“Discussions between IMF staff and the authorities on policies to strengthen macroeconomic stability over the coming year are continuing,” said Esther Pérez Ruiz, IMF Resident Representative in Islamabad.

“Important progress has been made the [fiscal 2023] budget,” she added.

Pakistan this month unveiled a 9.5 trillion rupee ($47 billion) budget for 2022-23 aimed at tough fiscal consolidation in a bid to convince the IMF to restart much-needed bailout payments.

The two sides met on Tuesday evening and agreed on the budget and fiscal measures, but have yet to agree on a set of monetary targets, Ismail said.

He expected no “hiccups” in the remaining talks and was waiting for an initial memorandum on macroeconomic and financial targets and then a formal agreement.

George Russell is a Hong Kong-based freelance writer and editor who has lived in Asia since 1996. His work has appeared in the Financial Times, Wall Street Journal, Bloomberg, New York Post, Variety, Forbes, and South China Morning Post. . .

How home lenders keep turning the screw on borrowers